Opinion: A Conservative Rebuttal to the "Open Letter" to GOP Chairman DeWolf 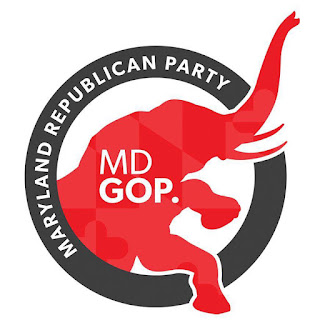 Recently Jerry DeWolf, chairman of the Washington County Republican Central Committee, has come under fire for posting on the official Central Committee page a meme suggesting that Hillary Clinton would be arranging for Hunter Biden's death, and make it appear to be a suicide. The open letter is authored by Dan’s Restaurant and Tap House co-owner Charlotte Aufdem-Brinke and A Miner Detail Editor in Chief Ryan Miner.

First, a little back story. I'm no fan of DeWolf. At one point in time, DeWolf banned me from posting in the Washington County Republican Club's Facebook group because I raised some serious questions as to what Larry Hogan's platform actually was, and why we should vote for him before the 2014 Maryland election. DeWolf and I have not really spoken since.

In the open letter post on A Miner Detail's website, DeWolf is accused of "mocking suicide" through the meme, as well as accuse him of openly "waging a war" against Dan's Taphouse for its owner's left-leaning views.

DeWolf has issued an apology for the meme which some have criticized as "not being enough", comparing the meme with the statements made by former Board of Education member Jacqueline Fischer in which she stated she hoped President Trump would die from COVID.

It's no secret I'm not a fan of DeWolf, but comparing the meme to Fischer's statements is a false equivalency and this isn't something he should resign over. Fischer clearly wished for President Trump to die, while on the other hand the intention of the meme posted by DeWolf was to point out suspicion surrounding the Clinton family and how many people associated with the Clinton family have mysteriously died. Furthermore, the meme does not wish ill upon Hunter Biden - quite the opposite. The meme is a reference to "Epstein Didn't Kill Himself" which suggests that Epstein's suicide was faked in order to protect corruption. No conservative would want Hunter Biden to commit suicide because of the possibility that his testimony could actually bring down corrupt politicians. The meme in question, while potentially insensitive, is nowhere near as bad as Fischer's comments, or even the time that the Secretary of the Maryland Democratic Party threatened to "dox" peaceful protesters (the MD Dem Secretary is still in his position today), and absolutely is not worthy of DeWolf's resignation.

To re-iterate - comparing the meme posted by DeWolf to the statements made by Jacqueline Fischer not only takes the meme out of context, but is absolutely a false equivalency as the meme does not wish ill upon Hunter Biden. Any attempts to say that a meme implying corrupt politicians is anywhere near as terrible as publicly expressing that you hope that a sitting President will die is extremely reaching, and absolutely ludicrous.

With that said, there is some legitimate criticism of DeWolf and the Central Committee's actions and behavior.

However, and most importantly, it is absolutely wrong for the Central Committee to attack ANY private citizen or business for their political views. It is not the place of the Central Committee to attack private citizens, and they especially should not be engaging in activity which could reduce the income of a local small business when ALL small businesses are already struggling due to COVID restrictions put in place by Governor Hogan. We need to come together as a community and find common ground, not attack each other for their political views. Attack the argument, not the presenter.

Second, the constant posting of pro-Trump and anti-Biden posts on the Central Committee social media accounts has also been unproductive. There are plenty of other places available nationally which share this information, and there is very little to be gained here. Washington County is a red county in a blue state. The chances of Maryland actually flipping to red, and its electoral college votes going to Trump, are at least 1 in a 1,000 - but most likely even more of a longshot. Washington County voters know this, they know that their votes for President do not ultimately count, and are more a symbolic gesture of defiance than anything else. While the GOP Central Committee is spending so much time promoting Trump and condemning Biden, the Democratic Central Committee is focusing on promoting local candidates for Board of Education and Hagerstown Mayor & Council, with only a few pro-Biden posts scattered in-between.

The GOP Central Committee is doing an extreme disservice to its own local candidates by focusing on the Presidential race and not local races. Many people joke about liberals having "Trump Derangement Syndrome" clouding their judgement, but the extreme focus of the Central Committee on discrediting Biden and ignoring local candidates could very easily be termed as "Biden Derangement Syndrome". This "BDS" has clouded their judgement so much, they appear to have forgotten that there are local candidates up for election.

The harsh reality is, this has been an extremely ugly election cycle. At some point, we're going to all need to put this election behind us, and try to work together again for the common good. Working together doesn't mean compromising your beliefs, or even giving up your rights. Only by working together can we realize that politics doesn't have to exclusively be "Democrat choice A" or "Republican choice B", as there may be other choices mutually beneficial to all parties.

So for the good of everyone, can we put all of this national mud-slinging behind us and start focusing on local issues instead?

We would like to encourage the Central Committee, Dan's Taphouse, and A Miner Detail, to come together and find common ground on how to fix the challenges in our community, especially the widening political divide we see growing further every day.

Ken Buckler is editor of the WashCo Chronicle. This is an opinion editorial.

This article was updated to further reinforce that the Central Committee should not be engaging in anti-business activities, or activities against private citizens for expressing their political beliefs.